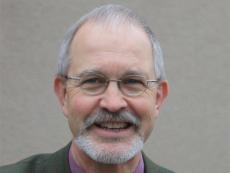 2016 marks the start of the two years of the Swiss Presidency of the Central Commission for the Navigation of the Rhine (CCNR). The post of President has been occupied since 1 January 2016 by

Mr Reto Dürler, Director of the Swiss Maritime Navigation Office at the Federal Department of Foreign Affairs of the Swiss Confederation (Switzerland) and Head of the Swiss Delegation to the CCNR.

Mr Dürler will preside the organisation until 31 December 2017. During this period, Germany will provide the Vice-President of the CCNR, in the person of Mr Achim Wehrmann, Director of the Sub-Department for Navigation (Waterways & Shipping 2) at the German Federal Ministry of Transport and Digital Infrastructure and Head of the German Delegation to the CCNR.

The orientations of the new Presidency were presented at the CCNR’s last plenary session, held in December 2015. They are arranged in five thematic groups:

Continuation of cooperation with the European Commission

In June 2015, the CCNR officially created the new CESNI committee (European Committee for Standards in Inland Navigation). The new committee has since been set up and has been able to commence work. It will be possible to take advantage of this new dynamic in envisaging further intensification of the cooperation between the CCNR and the EC, taking into account the interests of both organisations. The President will also support the CCNR’s Secretariat in the organisational evolution connected with these new forms of cooperation.

As part of the implementation of its Vision 2018, and with the participation of its committees and approved organisations, the CCNR will be drawing up an interim report in the course of 2016; the report will indicate the progress already and the future challenges facing inland navigation. In this context, the President would like to see particular attention paid to the ecological aspect of sustainable development, and to the uniform application of working standards and social standards.

The primary purpose of promulgating and adhering to the CCNR’s standards is to make navigation safer. The CCNR is not directly responsible for ensuring that its standards are implemented, but the President would like acceptance of the rules to be improved, by having them adopted under an increasingly transparent, comprehensible procedure and by allowing for consultation of the parties concerned.

Support for use of new RIS applications

Since 1 December 2014, all vessels navigating on the Rhine must be equipped with AIS transponders and chart visualisation devices. These measures open up new possibilities, and the CCNR must continue examining applications developed by groups of European RIS experts, and consider their adoption for application on the Rhine. The CCNR-EU partnership in this area, which has already proved its value, will therefore be continued over the next two years.

To reinforce the Rhine’s status as the main navigable waterway in Europe, the President would like to identify any restrictions on the conditions of the waterway on the Middle and Upper Rhine which may be preventing its use for navigation purposes. Taking into account the EU’s efforts to improve transport corridors, the President therefore intends to gather materials together and hold discussions that will lead to proposals for measures to be submitted to the CCNR with a view to removing the restrictions identified.

These various orientations will be implemented in the work programmes assigned to the CCNR’s various committees and in the actions developed by its Secretariat over the next two years.