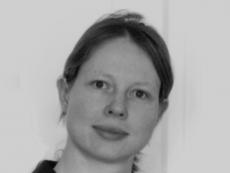 Ms Katrin Moosbrugger has been appointed Deputy Secretary General of the CCNR, as of 21 January 2013. She was designated by the delegations of the member States of the Central Commission. She will be leaving the post of deputy sub-director of ports and river transport at the French ministry with responsibility for transports that she has occupied since January 2011. Ms Moosbrugger succeeds Mr Hans van der Werf in this post; he was appointed Secretary General of the CCNR on 1 September 2012.

Ms Moosbrugger has had a legal training, specialising in French, German and European law. On graduating from France’s prestigious Ecole Nationale d’Administration in 2004 (a member of the Léopold Sédar Senghor promotion), she joined the French Ministry of the Environment. Her duties there, from 2007 onwards, involved transport (particularly ports and river transport) and protection of the environment in this sector of activity. She has actively contributed to the work of the Central Commission as an expert representing France, more particularly in the field of implementing the Convention on the Collection, Deposit and Reception of Waste Produced during Navigation on the Rhine and Inland Waterways (CDNI); she chaired the conference of the CDNI’s contracting parties.

Ms Moosbrugger, who has both French and German nationality, is looking forward to taking up the new challenges presented by the secretariat of an international organisation. The interdisciplinary missions she will have at the Central Commission involving the economic, social and environmental aspects of river transport constitute the logical continuation of her previous career achievements.