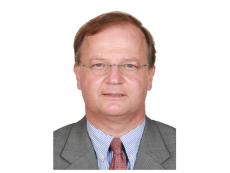 The Secretariat wishes to inform you that Mr Bruno Georges took up his post as Secretary General of the CCNR on 1 November 2016.

Mr Georges, previously a member of the Belgian diplomatic corps, was until last August the Permanent Representative of the Kingdom of Belgium to the OSCE in Vienna. During his diplomatic career, Mr Georges has accumulated experience in embassies and at the Ministry of Foreign Affairs as well as at the Permanent Representation of the Kingdom of Belgium to the European Union. He is now looking forward to giving the benefit of his skills to the Central Commission for the Navigation of the Rhine.