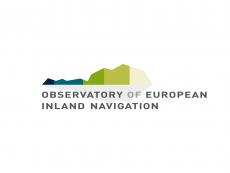 The Central Commission for the Navigation of the Rhine (CCNR) and its partners Nationaal LNG Platform, LNG-Initiative Nordwest, MariTIM, Pro Danube Management GmbH (LNG Masterplan Rhine-Main-Danube) and TaskForce LNG Noord-Nederland/Energy Valley are pleased to announce the launch of their Internet platform at http://www.inland-navigation.org/observatory/innovation-technologies/lng/. The site presents all the LNG projects that have already been carried out in European inland navigation and those that are currently on-going or planned.

Reducing emissions of pollutants and greenhouse gases is a major priority for inland navigation. The use of LNG as an alternative fuel is one of the key initiatives in achieving this. For the industry, the introduction of this new fuel in inland navigation involves a complex transitional stage which requires the best possible coordination of a large number of initiatives. This calls for improved information, and easier contact among the individual economic, administrative and political stakeholders.

In response to the growing need for visibility and transparency for the constantly increasing number of LNG activities on the waterways of Europe, the CCNR and its partners set up a comprehensive database in spring 2013. This database will now be made accessible on the Internet platform. The industry can expect substantial synergy effects as a result of the launch.

The Internet platform is the first tangible result of joint efforts on the part of the partners. The intention is to keep developing it and adapting it to future developments in the use on LNG. The CCNR has been responsible for setting up the platform, and will be in charge of keeping it updated. This is further proof of its willingness to facilitate exchanges among the various stakeholders in inland navigation, thereby promoting the prosperity of the sector.

Take a look at the new web site now and let us know what you think (ccnr@ccr-zkr.org). Your impressions and suggestions will be most welcome.

We hope you enjoy visiting the site!